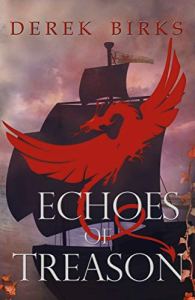 It is autumn 1483 and Richard III is king of England, but rumours about the fate of his nephews are rife and dissent is beginning to grow. Waiting in Brittany, is the exiled Lancastrian heir to the throne, Henry Tudor, who senses that his moment has come. Henry’s mother, Lady Margaret Stanley, plots to restore her son’s fortunes with a series of revolts against King Richard.
After the disastrous events of the summer, the embattled Elder family is scattered and in hiding. The outlawed head of the family, John, has escaped to Flanders along with a few loyal comrades, his sister, Meg, and his lover, Isabel. But the Elders will not be left to lick their wounds for long, because William Catesby, influential servant of King Richard, has made it his mission to destroy them.
When Lady Stanley tries to draw the Elders into the Tudor rebellion, John must decide whether he can cast aside his long-held Yorkist loyalties. Should he join Henry Tudor under the banner of St. George and the dragon of Wales?
It is the devil’s choice: poverty and a life in exile, or the slim chance of returning home by the fickle path of treason.

The first thing I have to say about Echoes of Treason by Derek Birks is wow! Not just for the story, but for such a stunning book cover!

I have been a fan of Derek Birks’ work since his first book, Feud, introduced us to the Elder family in 2013. The first 4-book series, Rebel and Brothers was a refreshing new take on the Wars of the Roses era, combining national politics and war with the Elder family’s own challenges and enemies.

Echoes of Treason is the 3rd book in Derek Birks’ wonderful new series, The Craft of Kings, set during the reign of King Richard III, and following the younger generation of the Elder family, once again caught up in England’s drama. As with all Derek’s books, Echoes of Treason takes you on a fast-paced journey through medieval history, every page crammed with action and intrigue. This time we journey from Flanders to Brittany and on to England, coming face to face with enemies both old and new.

With her attention on the stall, Meg barely noticed the young woman who suddenly lurched forward and stumbled heavily into Isabel, knocking her to the ground. Torn between helping Isabel up and berating the clumsy woman who had come to rest at the feet of Thomas, Meg hesitated. Her eyes were drawn to the poor woman’s bloodstained kirtle and shift which had been torn open at the front to reveal more than a glimpse of two full, bare breasts.

Before Meg could move, however, a firm hand was clamped upon her mouth and she was lifted off her feet. Cursing her own folly, Meg was borne away, squirming, into one of the many small alleys leading away from the market. Too much time talking and not enough watching those around her! God’s teeth, she was usually so careful! She should have seen her attacker coming, love-besotted fool that she now was!

Her captor slammed her against a wall which ran alongside the alley, his hand still over her mouth. First things first, thought Meg, biting one of his fingers as hard as she could. While he was yelping in pain, she twisted half out of his grasp and reached down to her boot. But he recovered swiftly and they grappled with each other in a whirling flurry of arms until his greater strength enabled him to pin her to the wall once more with his hand around her neck. With his other hand he held a knife at her breast but she simply glared back at him, two sapphire eyes boring into his.

To her surprise, he sought to reassure her. “Don’t be alarmed, girl; you’ve no need to be frightened; I’ll not hurt you.”

But far from being afraid, Meg was just warming to her work. “Put up your blade,” she warned.

he gave a shake of the head until she pressed the point of the knife she had retrieved from her boot against his neck. Now, for the first time, she had his full attention.

“By Christ, little girl!” he cried. “Have a care with that knife!”

Echoes of Treason follows the Elder family into exile, following on from The Blood of Princes and John Elder’s attempts to rescue the Prince in the Tower. From the first pages, in exile in Bruges, to a dramatic return to England’s shores, the action is fast-paced, on land and sea. The author shows his wide breadth of knowledge of the era by incorporating actual events and characters who played leading roles in the history. There is a fabulous interview with Henry Tudor that leaves you smiling for days!

The tension is palpable on every page and builds to a crescendo as the story drives inexorably to the last, desperate fight. The plot, moreover, is as well thought out as the action and drags the Elder family into the intrigues and machinations of those fighting for the crown itself, and their scheming lackeys!

My favourite character in any Derek Birks book is Lady Eleanor Elder. Eleanor has become a bit of a heroine of mine; she is no weak-willed woman and fights with her wits and whatever weapon is to hand, whenever she is backed into a corner. It is a credit to the author that he has let this amazing woman take on a life of her own in the story, despite not being the lead character. She deserves a story of her own (hint, hint!)

I loved this book from the first page to the last. My only complaint is that I found it harder to write my own whilst I was reading it – I found myself drifting off into the Wars of the Roses and wondering how the Elders would get themselves out of the impossible predicament Derek Birks had sent them into. It is only when the last page has been turned that you can breathe a sigh of relief and one of regret, that the book finished too soon!

Derek Birks was born in Hampshire in England but spent his teenage years in Auckland, New Zealand where he still has strong family ties.
For many years he taught history in a secondary school in Berkshire but took early retirement several years ago to concentrate on his writing.
Apart from writing, he spends his time gardening, travelling, walking and taking part in archaeological digs at a Roman villa.

Derek is interested in a wide range of historical themes but his particular favourite is the later Medieval period. He aims to write action-packed fiction which is rooted in accurate history. His debut historical novel, Feud, is set in the period of the Wars of the Roses and is the first of a four-book series entitled Rebels & Brothers which follows the fortunes of the fictional Elder family.
The other books of the series are (in order): A Traitor’s Fate, Kingdom of Rebels and The Last Shroud.

The first book of a brand new series, Scars From the Past, is now out in both kindle and paperback.
His books are available on Amazon in the UK and US.
You can find Derek at;
Amazon
Blog
Facebook
Twitter

Silk and the Sword: The Women of the Norman Conquest

From Emma of Normandy, wife of both King Cnut and Æthelred II to Saint Margaret, a descendant of Alfred the Great himself, Silk and the Sword: the Women of the Norman Conquest traces the fortunes of the women who had a significant role to play in the momentous events of 1066.  Available now from Amazon UK,  Amberley Publishing, Book Depository and Amazon US.

Heroines of the Medieval World

6 thoughts on “Book Corner: Echoes of Treason by Derek Birks”