He became king before his first birthday, inheriting a vast empire from his military hero father; she was the daughter of a king without power, who made an unexpected marriage at the age of fifteen. Almost completely opposite in character, together they formed an unlikely but complimentary partnership. Henry VI and Margaret of Anjou have become famous as the Lancastrian king and queen who were deposed during the Wars of the Roses but there is so much more to their story. The political narrative of their years together is a tale of twists and turns, encompassing incredible highs, when they came close to fulfilling their desires, and terrible, heart-breaking lows. Personally, their story is an intriguing one that raises may questions. Henry was a complex, misunderstood man, enlightened and unsuited to his times and the pressures of kingship. In the end, overcome by fortune and the sheer determination of their enemies, their alliance collapsed. England simply wasn’t ready for a gentle king like Henry, or woman like Margaret who defied contemporary stereotypes of gender and queenship. History has been a harsh judge to this royal couple. In this discerning dual biography, Amy Licence leads the way in a long-overdue re-evaluation of their characters and contributions during a tumultuous and defining period of British history.

I have to confess that I do tend to read about the Wars of the Roses from the Yorkist side, so it was quite refreshing to read a book that delves into the lives of the leaders of the Lancastrian faction of the era. Henry VI & Margaret of Anjou: A Marriage of Unequals is an illuminating and entertaining read.

And it was quite an education. Amy Licence is one of those authors who manages to look at her subjects with a great degree of equanimity. There appears to be no actual bias for or against the objects of her study. This was proven in her biographies of Catherine of Aragon and Anne Boleyn; each book looked at the protagonist with a distinct lack of pre-conceptions and judgement, presenting a clear and unbiased analysis on each queen as a unique individual. And she has managed to achieve the same balance in this book.

Amy Licence has turned her talent and passion for history to an analytical assessment of the two figures who led the Lancastrian faction during the Wars of the Roses. The author assesses each character – Henry VI and his queen Margaret of Anjou – as individuals and as a couple, analysing the challenges they faced, the decisions they made, and how Henry’s mental health affected their abilities to rule the kingdom effectively.

The fragile peace of March 1458 did not last. The combatants who had walked hand-in-hand from St Paul’s were soon plotting against each other’s lives, lying in wait in dark corners of the city with swords drawn. Responsibility for the outbreak of hostilities in 1459 has often been placed firmly by historians with Queen Margaret and her band of followers, but it was not this simple. The Pro-Yorkist ‘English Chronicle’ related how she now ‘ruled the roost as she like’ and Benet records that she was the instigator of the Coventry parliament that June, during which York and his allies were declared to be traitors, stripped of their assets and attainted. It was the unavoidable fate of the last Lancastrian family that their immediate successors would judge them harshly. Being on the losing side, on the wrong side of history, they are represented in the surviving chronicles as being deeply flawed; Henry weak and ineffectual and Margaret ambitious and warlike, while their son has been reduced to a blood-thirsty stereotype. Thank goodness, breathed the writers of the York-ruled 1460s and 70s, that the Lancastrians had been prevented from dominating England and establishing their line. It was not until the advent of the Tudors and the reign of Henry’s half-nephew, Henry VII, that a reappraisal of Henry VI began, but Margaret would have to wait significantly longer. As a woman taking an active part in a bloody conflict that threatened the throne of her husband and son, Margaret was a convenient scapegoat of contemporary, and subsequent, chroniclers who did not want to place blame for the next phase of war directly on the shoulders of an annointed king.

Henry VI & Margaret of Anjou: A Marriage of Unequals looks not only at the king and queen but also at those who shared their life and times, their son, their allies and those who sought to bring them down. The author looks into their actions and personalities, their presence on the international stage, and how the acted and interracted with the factions at court and the people of England itself. Every reader will come away with a greater understanding of the conflict which dominated England for over thirty years, now known as the Wars of the Roses, and of Henry’s and Margaret’s roles in the causes and course of the war.

Amy Licence’s unique and individual writing style is both easy and entertaining. It flows so well that it feels more like you’re reading a novel than a factual historical text. However, the impeccable research and intuitive analysis means that this book is accessible to both the casual reader, amateur historian and expert, alike. Ms Licence does not go easy on her subjects and is not afraid to say when they got things wrong. However, she is also fair and points out when history has been harsh and unforgiven, both on the couple – both together and as individuals – their friends and their enemies.

On the whole, this was a thoroughly enjoyable read, which focused on the less popular Lancastrian side of the argument and, as a a result, fills a void in the study of the era. If you want a greater understanding of the effects on history of the marriage of Henry and Margaret, of Henry’s illness, and of Margaret’s attempts to control her own life and the destinies of her husband and son, this is the perfect book.

Henry VI & Margaret of Anjou: A Marriage of Unequals is an engaging and entertaining book which will add depth to any history library and is a must-read tome for anyone fascinated by the Wars of the Roses. I highly recommend it. 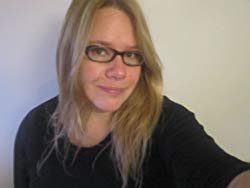 Amy Licence is an historian of women’s lives in the medieval and early modern period, from Queens to commoners. Her particular interest lies in the late fifteenth and early sixteenth century, in gender relations, Queenship and identity, rites of passage, pilgrimage, female orthodoxy and rebellion, superstition, magic, fertility and childbirth. She is also interested in Modernism, specifically Woolf and the Bloomsbury Group, Picasso and Post-Impressionism.

Amy has written for The Guardian, The TLS, The New Statesman, BBC History, The English Review, The Huffington Post, The London Magazine and other places. She has been interviewed regularly for BBC radio, including Woman’s Hour, and made her TV debut in “The Real White Queen and her Rivals” documentary, for BBC2, in 2013. She also writes historical and literary fiction and has been shortlisted twice for the Asham Award.

Tracing the fortunes of the women who had a significant role to play in the momentous events of 1066, Silk and the Sword: the Women of the Norman Conquest is available from Amazon UK,  Amberley Publishing and Book Depository. It is scheduled for release in the US on 1 March 2019 and is available for pre-order from Amazon US.

Be the first to read new articles by clicking the ‘Follow’ button, liking our Facebookpage or joining me on Twitter.